Day 1 : Casablanca – Rabat
Morning arrival in Casablanca followed by a brief tour of this commercial capital city and largest port of Morocco. then on to Rabat. Check-in at your hotel.Afternoon sightseeing includes the Medina (old city), with its stone and white washed buildings boasting great, dark-wood studded doors, the Hassan Tower, whose intricate stone-work dominates the skyline; the Mohammed V Mausoleum housing the onyx tomb of the late king, and the ramparts of Michouar encircling the Royal Palace.
After Rabat visit we drive you to your hotel for dinner and night.
10 Days Casablanca Morocco desert trip
Day 2 : Rabat – Meknes – Volubilis – Moulay Idriss – Fes
Morning Departure for Meknes, with visits to its Medina, or old city, and Bab el Mansour, the monumental gateway and main entrance to this 17th century city. Next, stop at the Roman ruins of Volubilis the finest archaeological site in Morocco with mosaics, temples and triumphal arch. On your way to the village of Moulay Idriss, which is the holy founder of the first indigenous Islamic kingdom of Morocco. Travel to Fes for check-in at your hotel.
10 Days Casablanca Morocco desert trip
Day 3 : Fes
Entire day sightseeing in Fes, the oldest of the Imperial Cities, founded in 790 A.D. Visit the medieval Medina, and the Karaouiyne Mosque, whose central aisle is embellished with elaborate floral and Kufic script carved into the plaster. Don’t miss the Islamic universities including the Abou Anania and the Attarine boasting dazzling exterior and interior decoration and craftsmanship. Also view the colorfully tiled Nejjarine Fountain. Finally, browse the markets of Fes, the most fascinating in all of Morocco.
Dinner and night in your hotel.
10 Days Casablanca Morocco desert trip
Day 4 : Fes
A citadel of magnificence. This age old city is irresistible as it unfolds in every narrow alley, wide street, old or new medina, palatial houses or hillsides . The story of a whole civilization’s treasure, similar to Florence or Athens. From being Morocco’s first capital in 808 AD to becoming the Imperial of all Imperial cities. Fes is a spiritual and cultural center with many facets. Your two-day stay in this unmatched splendor will take you back in time while visiting the oldest university in the world (before Oxford or the Sorbonne).
Return to the hotel for dinner and night.
10 Days Casablanca Morocco desert trip
Day 5: Fes – Midelt – Errachidia – Merzouga
After breakfast depart for Erfoud, paying a morning visit to Midelt, which includes dramatic views of the peaks of the High Atlas Mountains, and Errachidia, a modern urban center, Before driving straight to Merzouga to live the life of a Bedouin for the night in a tent on the dunes with the night sky and thousands of stars. It is amazing to see the sunrise the following morning.
10 Days Casablanca Morocco desert trip
Day 6: Merzouga -Todra Gorges – Boumalne Dades – Ouarzazate
we will wake up before dawn to experience the magic of a desert sunrise over the Merzouga Dunes. Early morning sightseeing in Erfoud includes the hilltop Bordj East Fort. On arrival in Tinghir, visit the Todra Gorge, Morocco’s Grand Canyon, with spectacular pink walls. On the way to Ouarzazate, pass through the rose-growing town of Kelaat M’Gouna and then Boumalne, which overlooks the Dades Valley (The Valley of a Thousand Kasbahs). Evening arrival at your hotel in Ouarzazate.

Day  7: Ouarzazate – Marrakech
Morning sightseeing in Ouarzazate includes a visit to the Kasbah of Tifoultoute, and the School of Handicrafts, with its stone carvings, pottery, carpets and silver jewelry on display. Continue to Marrakech and your hotel, stopping on the way at Ait Benhaddou, a picturesque Kasbah (fortified stronghold), which appearing like a sandcastle amid a field of almond trees.
Marruecos viajes al desierto
Day 8 : Marrakech
Entire day is spent sightseeing a fascinating and beautiful Marrakesh, a city blending Berber traditions with Arab renaissance and Western influences. We will See the Tombs of the Saadien Kings, the Dar Si Said Museum, housed in a 19th century palace, the Agdal and Menara Gardens, and the 12th century Koutoubia Mosque, which towers above the city. Also explore the Bahia and Bedii Palaces, and the tanners and dyers quarters. Before dinner and night in our hotel we will complete our visit with a stop at Jamaa El Fna Square, home of spice sellers, storytellers, snake charmers, fire-eaters, acrobats, musicians and much more.
viajes desde Casablanca
Day 9: Marrakech – Essaouira – Marrakech
After Breakfast , we will depart to Essaouira . The main entrance to this splendid city’s harbor was built in 1184 and is called the Porte de la Marine and it is truly an architectural marvel. Sit back, relax and let the beauty of the sandy bay that sweeps to the south of this enchanting town and the wooded hills which dominate the eastern skyline captivate you, before driving back to your hotel in Marrakech for dinner and night.
10 Days Casablanca Morocco desert trip
Day 10: Marrakech – Casablanca
Drive back to casablanca to connect with your flights with the best of Morocco’s souvenirs and memories. 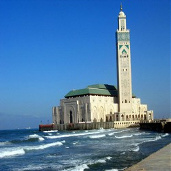 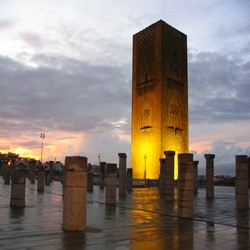 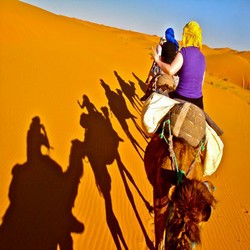 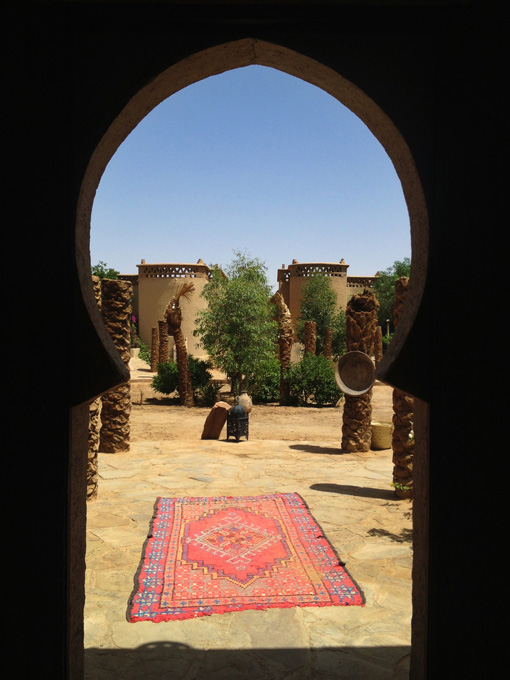 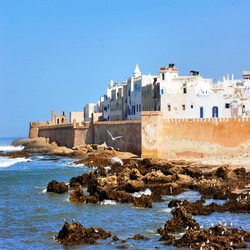 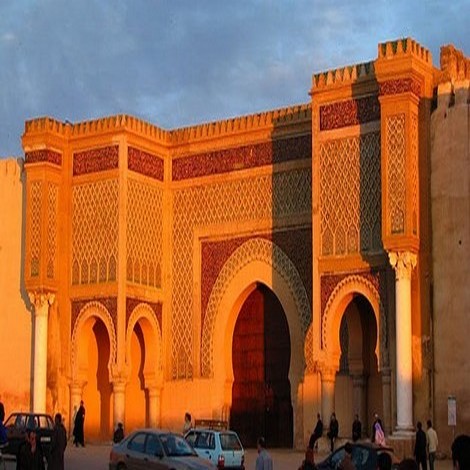 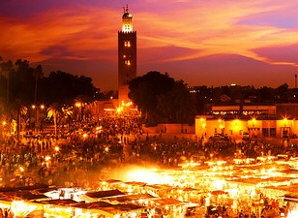